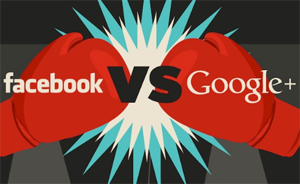 Over the past few days the press has erupted into a heated debate over the legitimacy of Google’s new “Search Plus Your World”, which puts your Google Plus identity at the center of the search experience. The debate is a significant milestone in what is ultimately the battle for your identity.

Over the past decade Facebook has grown to become one of the largest players on the web, sucking up the greatest percentage of internet users’ attention of any other site. Enabling us to connect with one another, and peer into each others’ lives, Facebook has literally sucked up a significant portion of the internet, a task which happens to be one of Google’s publicly stated objectives (index the world’s information). As the power has shifted toward social, tensions have mounted, climaxing in the latest event which appears to be an act of desperation.

Google is strong-arming users by forcing them to have a social search experience built around one “social” service provider: Google. Not only is it anti-competitive, but it goes against the users’ best interest. The company has effectively co-opted your identity by encouraging you to join Google+ and placing it at the top of their search results when your friends search for you. Google isn’t the only one battling to be your center of identity though. Facebook and even Twitter would like to serve as your primary online identity, but as far as I’m (and you should be) concerned: it’s not up for them to decide.

Ironically, in the past few years, some of the greatest open-web advocates have been snatched up by Google and Facebook in an effort to claim “openness”. Being open is a word that has been manipulated over time to appear as though the company is giving users the option, and more importantly, control, of their own data. We all know that’s not the case though. Facebook lets you export your data, but it’s not in a way that makes it efficient for others to import (there’s no way you are going to download a file then upload it to another site just to register). As for Google, I’m not sure about their exporting practices.

In all the discussion about Google determining what social service provider should serve as your identity, nobody that I’ve seen has suggested that the user should have that control. Why is that? If I want my identity on Google to show up as nickoneill.com (which it does for me), then I should have control over that. I shouldn’t have to go through a tedious search engine optimization process that extends beyond the skills of an average internet user, I should simply be able to select it.

Facebook doesn’t deserve to make that decision for me, nor does Google. Yet in launching the ‘Search Plus Your World’ product, Google has essentially flipped their middle finger at you, the user, to tell you one thing: “we are now your identity, take it or leave it”. I understand the benefits of social search as I’ve been raving about its potential for years now. Yet Google’s latest maneuver is a sign that things are going to get ugly before they better. As the web giants duke it out, the users, not the companies, will be the greatest victims because nobody with any significant voice is sticking up for them.

As an addendum, I should add that I believe the benefits for consumers gained from both companies has been radical. Yet, it’s important that as the web evolves, the users have control of their identity. Unfortunately, actions like Google’s, the government’s (e.g. SOPA), and even previous actions of Facebook, have shown that the concerns of individuals are by far the last thing taken into consideration.