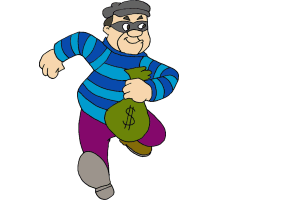 They say a picture is worth a thousand words, but how much is a title worth? If the story that proceeds is any indicator, a title is worth over 6700 words and months of research. It all began Friday when the New York Times published an article “How Companies Learn Your Secrets”. It was an extremely long article which discussed how large companies like WalMart and Target collect data about your individual consumption patters to figure out how to most efficiently make you happy. It was a great piece but there was one problem: it didn’t have the title it deserved.

The original title was “How Companies Learn Your Secrets”. Kashmir Hill, a writer at Forbes, realized this and quickly developed a condensed version of the article with a far more powerful title: “How Target Figured Out A Teen Girl Was Pregnant Before Her Father Did”. It cut out the crap and got to the real shocker of the story. As of the writing of this story, the New York Times article has 60 likes and shares on Facebook versus 12,902 which the Forbes article has. The Forbes article also has a mind boggling 680,000 page views, a number that can literally make a writer’s career.

I had that experience myself at AllFacebook with this article. It was an article that I wrote following 6 months of research on copywriting. The reality is that in the world of newsfeeds and streams, titles matter more than ever before. The best content in the world will fall flat without a great title. Nothing illustrates it better than this recent Target article.

Unfortunately a story like the one that the New York Times wrote is relatively rare in the sense that an incredible amount of work had gone in to the development of it. What’s odd is that the editors clearly knew that Target knowing a customer is pregnant is a juicy story as they put it in the lede. Here’s the article’s lede:

Andrew Pole had just started working as a statistician for Target in 2002, when two colleagues from the marketing department stopped by his desk to ask an odd question: “If we wanted to figure out if a customer is pregnant, even if she didn’t want us to know, can you do that? “
That line pulls the reader in and keeps them going but they missed one critical step (and the most important step) in pulling in the reader: the title.

Also I should add that as many comments suggest, the Forbes article was not literally stealing. I agree and the word “Stole” in my title is meant to imply that they stole the key components of the main story. This is often a winning strategy as was the case here.