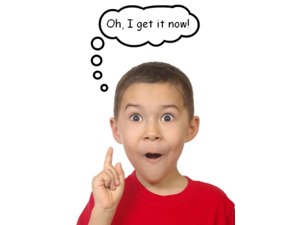 Your product is not going to grow unless you can get more users to understand why they need to be using it. That’s what some may call their “ah-ha” moment. While reading Quora the other day I saw an answer from Chamath Palihapitiya to the question, “What are some decisions taken by the “Growth team” at Facebook that helped Facebook reach 500 million users?” While his response along with Andy Johns’ was incredibly insightful, there was one segment which has continued to pop up in my mind since reading it:

[Having a fundamental understanding of our product] allowed us to do a lot to get new users to their “a-ha” moment quickly. obviously, however, this required us to know what the “a-ha” moment was with a fair amount of certainty in the first place.
As someone who has spent an immense amount of time over the past year focusing on the details of product, this statement struck a chord with me. I remember the painful moment at Techcrunch Disrupt during which someone walked up to me to say that they had tried out the product. I was initially excited that he actually downloaded the app until he said, “It looks beautiful, but I have no idea what to do with it.”

He made it painfully clear that he had yet to reach his “Ah-ha!” moment. The reality is that you can run around telling everybody about your grand product vision, but if your product doesn’t effectively communicate to the user, there’s a good chance they just won’t get it. After reading Chamath’s post I would like to propose a more efficient way of achieving a “viral loop” in three steps:

Step one is obviously critical. If nobody gets your product, you will be dead on arrival. However if there is a core audience of people who understand the product and use it, you can move on to letting them invite their friends. Your product will not be complete however until the majority of new users can get to “ah-ha” without your personal assistance.

Simply put, that’s your objective: make sure your product can automatically get as many new users to “ah-ha” as possible. At that point, you will grow organically.

Image via Plot to Punctuation.